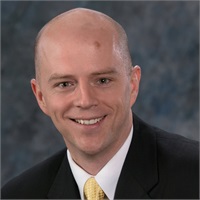 Craig has been married to Molly for 18 years and together they have 4 children. He enjoys spending time with his family, coaching his children in various sports, spending time volunteering in Church service and working to take care of his clients and employees.

Craig graduated with a BA in Business Management from The University of Utah in 2003. Immediately after graduating, he moved back to his hometown of Klamath Falls, Oregon with his wife and children and began working for Klamath Insurance Center, Inc. with his Father-In- Law.

Craig started at Klamath Insurance Center as the receptionist while he studied to become a licensed agent. He has worked in every aspect of the Insurance Business and eventually became one of the owners in 2007. In 2012, he became the majority shareholder of Klamath Insurance Center. Craig and his partners purchased Insurance Marketplace, Inc. in Medford, Oregon in January of 2015.

The Mission Statement of the agencies is, “To Make a Lasting Change in People’s Lives for the Better” and Craig truly believes that is the purpose of insurance and the service that they provide. Each client should understand why they have insurance and what it will provide them if the worst should happen.

Craig truly treasures his marriage, family, faith and the relationships he has been able to build with friends, clients and employees.